About UsBlogHow do you know if you have a whiplash injury? 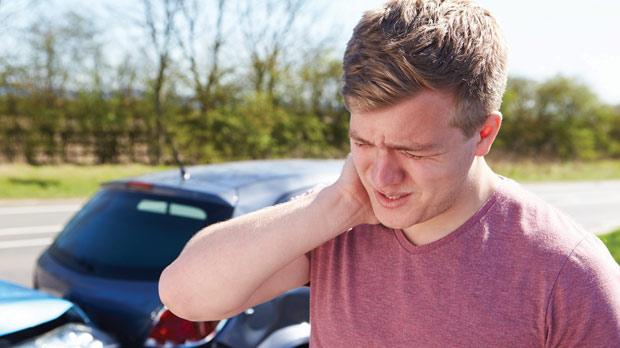 How do you know if you have a whiplash injury?

The term whiplash is actually a generic term that we use for injuries to the neck caused when the neck is suddenly and/or violently jolted in one direction and then another, creating a whip-like movement.

Most commonly, after well over a 11 years in practice and diagnosing hundreds (if not thousands) of whiplash cases, I can tell you whiplash is most commonly seen in people involved in motor vehicle accidents, but that’s not all.  It can also occur from falls, sports injuries, work injuries, and other incidents.

I remember seeing an 8 year old little girl who was pushed from behind by her older brother and gave her whiplash – not exactly the “gift” you’d like to receive! By the way, he felt horrible and learned an early lesson about being more responsible during play.

What’s actually injured in a whiplash?

Whiplash injuries mostly result in sprain-strain of the neck. The ligaments that help support, protect, and restrict excessive movement of the vertebrae (your spinal bones) are torn, which is called a sprain. The joints in the back of the spine, called the facet joints, are covered by ligaments called facet capsules, which seem to be particularly susceptible to whiplash injury.

Additionally, the muscles and tendons are strained or more easily understood as stretched beyond their normal limits. The discs between the vertebrae (which are essentially ligaments) can be torn, potentially causing a disc herniation. The nerve roots between the vertebrae may also be stretched and become inflamed. Even though it is very rare, vertebrae can be fractured and/or dislocated in a whiplash injury.  I’ve unfortunately seen a patient this happened to twice!

What are the common signs and symptoms of a whiplash injury?

Typically, the most common symptoms of whiplash injuries are pain and stiffness in the neck. These symptoms are generally found in the areas that are “whiplashed.” During a whiplash, first the head is lifted up from the upper-cervical spine. This creates a sprain/strain in the region just below the skull, where symptoms usually occur. Symptoms may also commonly be seen in the front and back of the neck. It’s not uncommon to experience pain in the front sides of your neck and perhaps even feel a “knot in your throat.”  Swallowing can even be painful.  Turning the head often makes the pain and discomfort worse.

Headaches, usually at the base of the skull, is also a common symptom, seen in more than two thirds of patients. These headaches may be one-sided or experienced on both.  Oh and as if that’s not bad enough, the pain and stiffness may extend down into the shoulders and arms, upper back, and even the upper chest.

In addition to the musculoskeletal symptoms, some patients also experience dizziness, difficulty swallowing, nausea, and even blurred vision after a

whiplash injury. While these symptoms are disconcerting, in most cases, they disappear within a relatively short time. If they persist, it is very important to inform your chiropractor that they are not resolving – that’s definitely something I’d want to know. Vertigo (the sensation of the room spinning) and ringing in the ears is also a possible symptom.  What about pain in the jaw?  Yup!  That’s another possible symptom I’ve seen. Additionally, patients will even complain of irritability, fatigue, and difficulty concentrating. These symptoms also resolve quickly in most cases. In rare cases, symptoms can persist for weeks, months, or even years.

Another important and interesting aspect of whiplash is that the signs and symptoms often do not develop until 2 to 48 hours after the injury!  I should also mention that it’s not uncommon to feel OK after your accident only to discover 3-months later that you now get regular (or periodic) headaches, that you’ve never had before.

How do you recover from a whiplash injury?

One of the most important aspects of whiplash management is for the patient to stay active, unless there is some serious injury that requires

immobilization. Patients should not be afraid to move and be active, within reason. In addition, I will often prescribe an exercise or stretching program. It’s in your best interest to follow your exercise/stretching program that I may give you, to ensure the best outcomes long-term.  Trust me, you don’t want to deal with lingering symptoms for years – although, I probably don’t have to remind you!
Ice and/or heat are often used to help control pain and reduce the muscle spasm that results from whiplash injuries.

Without this, your spine will likely “settle” into a less-than-ideal alignment that can be permanent, so don’t delay!

Can whiplash be prevented?

Generally speaking, whiplash cannot be “prevented,” but there are some things that you can do while in a motor vehicle that may reduce the chances of a more severe injury.

If you believe you may have suffered a whiplash injury, give the office a call and schedule a consultation with Dr. Cooper.  360-693-3030

Oh, and here’s a couple additional resources for more information, for your convenience: